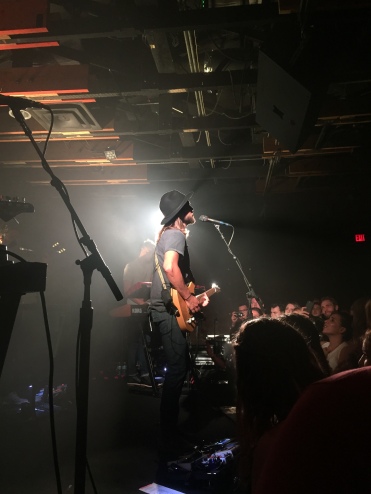 The sun sets to the west of the Crescent Ballroom, located on the corner of 2nd and Van Buren. The venue’s restaurant is already packed with fans, both young and old, as they prepare for tonight’s show with tapas and light conversations. Rather than a massive marquee flashing tonight’s headliner from the sky, there is a small chalkboard on the sidewalk. “Tonight: Moon Taxi” is written out in thin, white lines.

Nashville-based jam-band Moon Taxi took to the Crescent Ballroom stage on Wednesday night, supplying their southwestern fans with a concert that was chock-full of high-energy performances, impressive covers, and even a few surprise debuts as well. Phoenix was the 12th stop on the band’s Put Em Up Tour, the name of which was inspired by their most recent smash-single, “Two High”. With 50+ million plays, it is the band’s most listened-to track on Spotify.

“I think [“Two High”] came out at the perfect time with everything going on in the country,” pianist Wes Bailey said. “And I think people really understood its message right off the bat. It wasn’t intended to be political, but it was inspired by some political events of the past six months or so.”

Drummer Tyler Ritter added to the conversation, alluding to the authenticity of the highly successful single. “This was actually the first [song] in a long time we self-produced,” Ritter said. “So this was a very representative sound of us … It’s definitely our voice. No one else touched it.”

The show began around 8:30 PM as opening act Too Many Zoos took to the small stage. Consisting of only a drummer, trumpeter, and a saxophone, Too Many Zoos started off the night with an interesting performance. No vocals were needed to psych this crowd up.

Moon Taxi opened their set with ‘Mercury’, an old classic from the band’s sophomore album, Cabaret, and lead singer Trevor Terndrup noted that already, it didn’t feel like a Wednesday night here in Phoenix, Arizona. After a welcoming applause from the crowd, they quickly rolled into another older track, ‘Change’, from Mountains Cities Beaches, an album of theirs from 2013.

Next, the band played “Who’s To Say?” from their latest record, Daybreaker, before returning to Mountains Cities Beaches with “Suspicion”, complete with an extended jam at the end. As the song ended, the music slowed down, the lights dimmed into an eerie, red glow and the band performed a smooth transition into a cover of “Sweet Dreams (Are Made of This)” by Eurythmics. The crowd instantly began singing along to the all-too-familiar words.

The room was just empty enough to give devoted Moon Taxi fans their space to dance, but packed enough to where the crowd’s cheers could easily overpower the instruments on stage. Over the past few years Moon Taxi has been on the road, playing for audiences both as intimate as Crescent Ballroom, and as big as Coachella. According to Bailey and Ritter, there are perks to both. 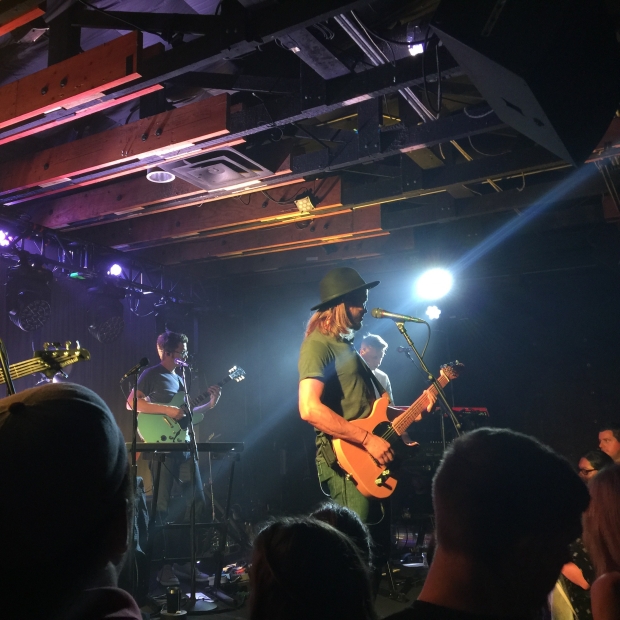 “Playing in those festivals in front of massive amounts of people is just awesome,” Ritter said. There’s n

ot really a better way to say it. It’s just incredible. We love playing club shows, though, especially when they’re packed out and everybody’s right in [our] faces. We definitely feed off that energy.”

“[At festivals] we’re playing for a lot people that have maybe heard of us, and that’s why they came to the show, but they might not know every word,” Bailey said. “That’s kind of the beauty about festivals … the exposure’s really good. Usually we turn a lot of new fans on when we play at festivals.”

The show carried on as Moon Taxi performed their first debut of the night. Phoenix’s crowd was the first to hear “Not Too Late”, a brand new song from the band’s upcoming album that has been set to drop in early 2018, according to Ritter.

“We got an album that is, for a lack of better words, done,” Ritter said. “We were originally thinking about setting this album release in August, and then the momentum of ‘Two High’ took off, so we decided to hold back a little bit and see where the momentum of that song would go.”

“Not Too Late” was a sweet and heartfelt ballad that was, much like “Two High”, unique but still true to Moon Taxi’s sound. After playing a few older songs such as “Young Journey”, “Morocco”, and a stellar performance of “Hotel California” by Eagles, Moon Taxi debuted another new song called “Moving To The City”, a bass-heavy and vocally-driven tune with mysteriously catchy lyrics.

Just before the encore, Moon Taxi gave the crowd just what they needed: a familiarly catchy song and an excuse to stick two fingers into the air.

Too Many Zoos joined Moon Taxi back on stage as they performed “Two High” to a sea of peace signs in front of them. “Put ‘em up, two high,” Terndrup sang out, and the crowd quickly returned the favor each time. “We can walk together with our hands up in the sky.” 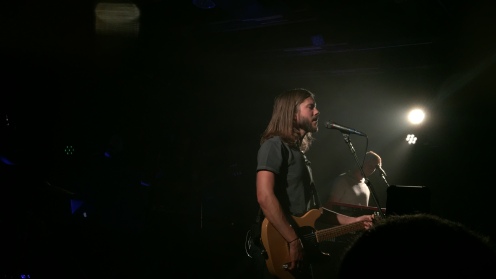 With recent gigs at well-known festivals and a single that’s climbing the charts, it’s no secret that Moon Taxi are growing now more than ever.  As “Two High” continues to push Moon Taxi’s popularity up, the band will continue to keep their roots in their back pockets and maintain the bond they’ve had with their fans since 2006.

“We had a steady trajectory over the years,” Ritter said. “There was never a peak and a valley. It’s just kind of a constant uphill climb. In a good way. It’s awesome to look back on all the tours we’ve done that we would deem ‘terrible’, laugh at them, and see where we are now. It’s pretty awesome to see all of our hard work really start to pay off.”

“It’s been very gradual. A lot of our fans have seen us multiple times,” Bailey added. “We like that we have people that travel for our shows. We try to make each show really special. I think fans notice that and that’s what keeps them coming back, and I think that has contributed to a lot of the growth.”

Moon Taxi wrapped up their show here in Phoenix with “Red Hot Lights” and “All Day All Night”, two fan-favorite tracks from Daybreaker. The crowd carried out the tunes until the band was exiting the stage, and even then the applause did not stop.

It is safe to say that no matter how big they continue to get, Moon Taxi delivers an authentic and remarkable show to every city, both new and old, that they visit. Next the band will travel to the west coast, carrying out the Put Em Up 2017 Tour to fans in Portland, Seattle, and beyond. 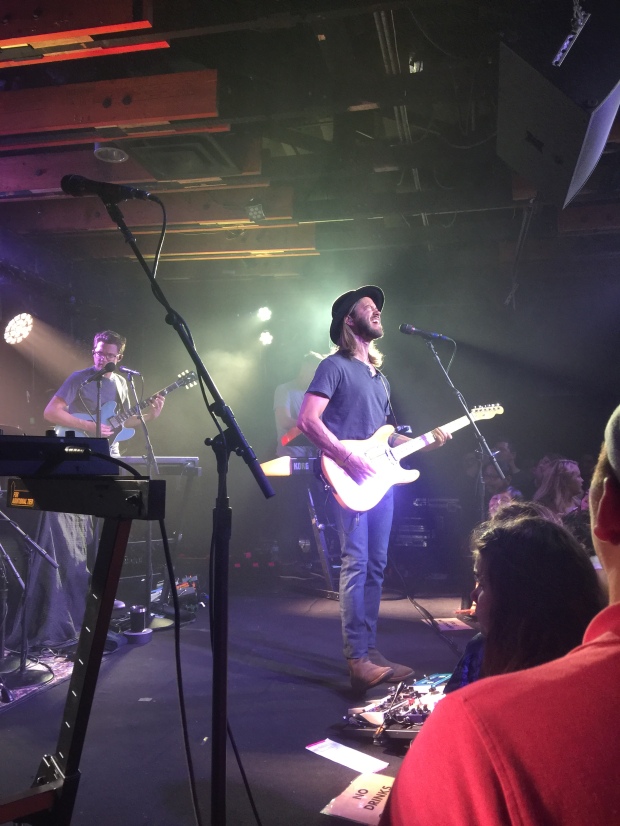